What a cute city! It was so nice to be staying on the outskirts and walking in and exploring the sights along the way, there is just so much to see even outside of the city centre! D*mn I love Europe!

A city in North Rhine-Westphalia, Germany. in 2004 it won the title of “the most livable city in the world with a population between 200,000-750,000, you can tell that people are happy in this city as you walk through, its quaint and cute and there are bike parkings everywhere and so easy to get around with buses and trams everywhere

Interesting fact : It was in this city where the signing of the Treaty of Westphalia brought on the end of the Thirty Years War in 1648, so it plays an important part in the history of Germany.

Munster is located on the Munstersche Aa (River)

From the city centre we were around 3km out so it took us a good 30-40min walk in, but the walk itself is enjoyable as we get to see the outskirts of the city as well as the town centre which I love doing as sometimes you cant judge a city by its city centre but by its outskirts as well

Muhlenhof Grafte where the wild life seem to love to hang out at, this was right next to our van park

There are over 55,000 students in this city alone, and they are so lucky!

Im jealous as!! Westphalian Wilhelms University students get to use this building which was a castle and has been converted.

Established in 1780 and built as a baroque style mansion (I hope they appreciate it hrmphh) we have uni’s made from plastic boxes in comparison to the Europeans!

The details of this town and the little flowers around the bike handles were cute! (I hadnt seen that before in Germany) this city is known for its bikes, there are bikes everywhere! literally, they are placed as every corner and parked whereever they please on the walkways, anything goes here! 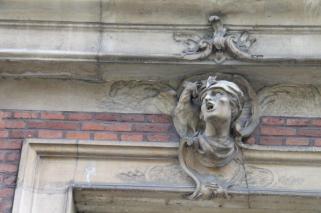 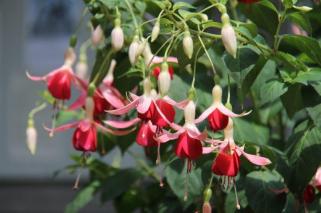 I found the bakeries in Germany to be amazing, they had some really interesting tasting goods! They seem to really like custard and sugar icing and their servings are HUGE in comparison to what I’m used to

A beautiful cathedral in the city centre of Munster, they seemed to have an art exhibiton of something on at the time as there were 2 huge eyes placed on each of the main towers which gave the building some additonal interest

A Romanesque and Gothic building, the first ever cathedral stood on this spot and was first built in 805 until 1377. On a nearby spot the 2nd Cathedral began to be built between 11th or 12th c, this was then demolished when the 3rd and final building was built between 1255 & 1264 and incorporated into one another, hence I noticed the different mixture of styles which oddly enough, work beautifully together

The city centre itself was just so nice to visit and walk around, the atmosphere was buzzing, the restaurants and bars were so full and lively, there was so much to see and do in this tiny city, people were bustling around and doing their own things.

The details around the city centre were obvious as soon as you looked up!

I still cant get used to seeing and finding new deisgns or motifs around German cities, being an artsy person im loving it!

You can tell that this place holds a lot of history

We stopped at an Inn called Stuhlmacher and their beer was TASTY as! It was called “Chairmaker Camp”We tried a larger which was light and crisp and the logo was meant to be of the craftsman and a professor.

I cant get enough of people watching! the best place was to do it from the Inn we were at sitting on the footpath area, horses and buses passing by, people yabbering away in German, trying to figure out where all the tourists are from, its so nice to have time to be able to do this 🙂